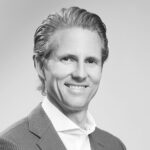 In his new role, Zwez will be looking to drive growth for the company in the DACH region.

More specifically, he will be focusing on Banking Circle’s growth plans for the DACH Banking marketplace, enabling institutions to cut the costs and time behind cross border payments.

He also brings about two decades of experience spread across Treasury Departments of banks, public sector clients and corporates.

Zwez has taken up roles at UBS, Standard Chartered, RBS and Dresdner Kleinwort, being based in London, Singapore and Frankfurt as well. 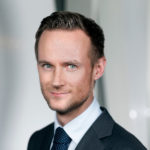 “We are delighted that Timo is heading up the DACH Institutional Banking team. His background in strategic planning and client relationship development will be invaluable as we grow in the DACH region.

We look forward to working closely together as Banking Circle expands around the world to help more banks and non-bank financial institutions provide more affordable and accessible banking solutions to their underlying customers,”