Bitcoin Suisse, a Swiss crypto financial firm, today announced further steps in its growth trajectory towards becoming the leading, publicly listed crypto and digital assets firm with the election of Roger Studer, former Head of Investment Banking at Vontobel, to the Board of Directors of Bitcoin Suisse.

The seasoned veteran of the Swiss finance industry brings a wealth of knowledge and experience to his new position. His expertise will be invaluable to the development of Bitcoin Suisse as it aims to become Europe’s leading, licensed financial institution for crypto and digital assets.

Studer is joined on the board of Bitcoin Suisse AG and Bitcoin Suisse Holding AG by Giles Keating, previously Global Chief Economist for Investment Banking and Private Banking at Credit Suisse, as announced earlier this year. Together Studer and Keating represent more than 65 years of experience in international financial services. 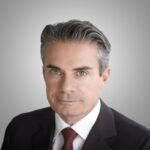 On joining the Board of Directors, Roger Studer said:

“I am deeply impressed by the track record of Bitcoin Suisse in terms of innovation and building a high growth business. I am thrilled to join the board and I look forward to developing Bitcoin Suisse into the leading publicly listed company in the digital asset industry.”

In addition to an expanded Board of Directors, Bitcoin Suisse is also preparing for its next growth phase with the promotion of Philipp Vonmoos to the position of Head Corporate Development & Strategy. As a member of the management team, he will oversee M&A, strategy as well as partnerships. Vonmoos will help coordinate preparations for a public listing, including a Security Token Offering (STO) and an Initial Public Offering (IPO), working closely in coordination with Bitcoin Suisse CEO Dr. Arthur Vayloyan and CFO Rolf Gätzi. The new CEO of the Swiss Crypto Vault AG and Head Custody at Bitcoin Suisse has been selected and will be announced soon.

Vonmoos brings unique experience to his new role – before joining Bitcoin Suisse in December 2017, he was in charge of the M&A activities of Falcon Private Bank, where he was also responsible for the bank’s business development activities in the fintech and crypto space. Prior to that, he spent several years in the Investment Banking Department of UBS, where he worked on M&A, IPOs and other capital markets transactions. 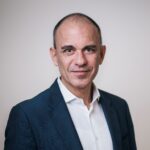 “We will only achieve our ambitious goals, if we build a team of outstanding experts and leaders, driven by the desire to take crypto finance to the next level. With Roger on the board and Philipp in the management team, we now have an even stronger team to deliver on our promise. It will require resilience and dedication, but the foundations on which we can build are strong and our momentum continues to increase.”

With a strong financial track record and an experienced leadership team, Bitcoin Suisse is well-prepared to move from its current market-leading position into its next growth phase. The company can build on a strong capital base of 54 million CHF in retained earnings, which is now being augmented by the company’s first funding round since its founding in 2013. The ongoing Series A funding round is expected to close in the next weeks. The funds raised will be used to accelerate international expansion and to further grow the range of products and solutions upon receiving a Swiss banking license, as well as a banking license in Liechtenstein.