Austrian crypto platform Bitpanda has received a full operating license from the German Federal Financial Supervisory Authority or BaFin for the custody and proprietary trading of crypto assets.

Bitpanda claims to be the first European retail investment platform to obtain the license which was introduced by BaFin in 2020, allowing it to actively market and offer services in the German market.

Founded in 2014, Bitpanda now has nearly four million investors on its platform. The company also recently partnered with German neobank N26 to enable its cryptocurrency feature in Austria. 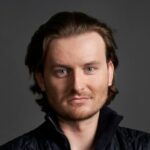 “Receiving the license in Germany strengthens our position as a pioneer in terms of regulation in Europe and highlights yet again how well positioned we are in this area,”