Blockchain firm ConsenSys announced the close of a US$200 million financing round, bringing its valuation to US$3.2 billion.

ConsenSys said that the funding will support the rapid expansion of its products MetaMask, a crypto wallet and gateway to blockchain apps, as well as Infura which anchors the company’s developer tools and infrastructure.

MetaMask currently has approximately 21 million monthly active users which is a 38x increase from 2020 and interacts with a universe of approximately 3,700 unique Web3 applications.

This growth is in line with ConsenSys’ mission to unlock the collaborative power of communities by making Web3 universally easy to use, access, and build on.

The firm added that it will also be adding another 400 new roles across its products and services.

ConsenSys along with Visa were one of the three winners of the Global Central Bank Digital Currency Challenge at the Singapore Fintech Festival (SFF) last week. 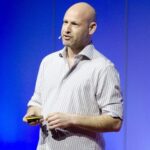 Joseph Lubin, Founder and CEO of ConsenSys as well as Co-creator of Ethereum said,

“We are honored to partner with some of the top financial and strategic investors from both traditional and next generation economies to accelerate the realization of Web3.

As our technology crosses into the mainstream, we are already seeing the transformation of how larger and larger cohorts of builders, users, artists, and enterprises live and work.”