The experiment, known as the Venus initiative, involved a 100 million euro digital native bond issuance by the EIB under Luxembourg law, and settled using a tokenised representation of the euro.

The initiative also involved a message exchange mechanism between DLTs to allow for the simultaneous experimental CBDC tokens transfer and digital native bond delivery the very same day of the issuance.

Goldman Sachs Bank Europe, Santander and Société Générale were appointed by the EIB as banking syndication to issue and distribute the digital native bonds. “The Venus initiative confirms that a well-designed CBDC can play a critical role in the development of a safe tokenised financial asset space in Europe,” 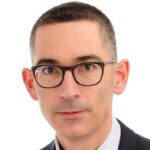 “The Banque de France and the Banque centrale du Luxembourg are proposing one possible cross-border answer to the growing interest from the market to perform digital native securities settlement with a central bank money token,”