Kompany, a F10 Alumni and Austria based Regtech platform for Business KYC (KYB), announced a new investment of almost €6 million, the company’s largest single investment round to date.

The funding round was led by Fairway Global Investment together with Global Brain, a major venture capital firm based in Japan. Both are global investors in RegTech, Fintech and payment sectors.  Existing shareholders, including the European Super Angels Club and the kompany management team also participated in this round.

It will use the new funding to accelerate growth and expand its new product lines, the AI-based shareholder analysis tool UBO discovery® and the DLT-based audit-trail solution KYC onchain. 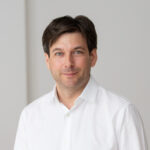 “The smart money understands that RegTech is about turning the burden of compliance into a competitive advantage by enabling customers to drastically reduce client onboarding time by 90% and by completely digitising the process and customer experience,”

The kompany team has doubled in the last year to outpace the new regulatory realities of the highly enforced Anti-Money Laundering regulation in Europe (AMLD 4&5) and the pending US AML regulation.

Additionally, in wake of the Covid-19 stimulus measures, governments are pumping trillions into the global economy. This has inadvertently caused a market rush to rapidly digitise and automate formerly manual compliance processes.

As a result, market interest has seen the value of kompany’s sales pipeline increase to an eight-figure number in the last twelve months.