The SIX Swiss Exchange announced that Special Purpose Acquisition Companies (SPACs) can now be be listed and traded on its platform from 6th December 2021 onwards.

The Swiss bourse said that it has obtained authorisation from all of the relevant authorities.

A SPAC is a shell company founded for the sole purpose of acquiring a non-listed target company which then becomes public.

According to Reuters, the Swiss Financial Market Supervisory Authority (FINMA) had previously requested that SIX revise its listing rules to enable SPAC listings since it has gained widespread attention by market participants.

This is why SIX has closely monitored these developments and the demand around SPACs for its market and – in response to a regulatory need – developed a new dedicated listing standard.

Companies seeking a listing as a SPAC are principally subject to the same listing requirements as other listed companies at SIX Swiss Exchange, but adapted to the specific characteristics of a SPAC while upholding an appropriate degree of investor protection.

Regulatory disclosure requirements for SPACs at IPO as well as at the time of de-SPAC aim to provide investors with the relevant details for them to take informed investment decisions.

Only stock corporations under Swiss law can be listed as SPAC on the exchange and the duration is limited to a maximum of three years.

The issue proceeds raised in an initial public offering (IPO) must be deposited in an escrow account at a bank.

The SPAC must grant all shareholders a fundamental right to return the shares acquired in the IPO.

The board of directors, management, founders, and sponsors of SPACs must conclude binding lock-up agreements with a lock-up period of at least six months.

Instead of shares, the SPAC can offer investors portions of a convertible bond in the IPO. 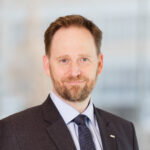 “The SPAC listing standard will complement our ongoing efforts to offer new products and services for current and future issuers.

For companies that are ready to go public, SPACs provide an additional option to do so.”