Swisscard, a subsidiary of the Swiss bank Credit Suisse, has appointed Guido Müller as its new CEO succeeding Florence Schnydrig Moser who left the company in June 2020. The company also named Daniel Muff as its Chief Risk Officer (CRO).

Until Guido takes up his position on January 1, 2021, Wilhelm Rohde will continue to manage Swisscard as the interim CEO, in addition to his function as CFO. 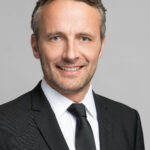 Guido Müller already worked for Swisscard from 2003 to 2010, most recently as a member of the Executive Board responsible for Consumer Business and Marketing and Sales. From 2012 to 2017, as Country Manager Guido Müller expanded Mastercard’s market leadership in the credit and debit card business in Switzerland with a digital innovation agenda.

This includes the launch of Apple Pay and Samsung Pay in Switzerland and the introduction of the latest generation of contactless and Internet-enabled debit cards. Guido Müller is currently responsible for the Data and Services business in South East Asia at Mastercard Asia Pacific Ltd. in Singapore, including the areas of analytics and data platforms, consulting and marketing services and loyalty solutions. He holds a Master of Science degree from the University of Zurich and has further training in strategic marketing and digital commerce.

Daniel Muff joins the Executive Board as CRO 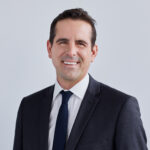 Daniel Muff took over as Head of the Risk Department on October 19, 2020 and also joins the Swisscard Executive Board in his role as CRO. Daniel Muff is a proven risk expert and an experienced leader.

Daniel Muff was Head of Risk Management and member of the Executive Board at BANK-now from 2013. Prior to this, he held various management positions at Credit Suisse for 13 years, including responsibility for developing rating models in accordance with Basel II and working for the last five years as Head Risk Return Management Corporate Clients.

He is considered to be a profound industry expert, is a member of various industry committees and also serves as President of the IKO Consumer Credit Information Office. Daniel Muff studied politics and economics at the University of Zurich, majoring in banking and finance, and completed his doctorate in economics in 2005.

Daniel Muff will take over the CRO responsibilities from Özlem Civelek, who has led the Risk Department for the past 5 years and took over as Head of Operations last June.