Thought Machine, the UK-headquartered core banking technology company, today announced that it has closed its US$160 million series D funding round.

The company is now valued at US$2.7 billion which is a 100% increase from its valuation at the close of its US$200 million series C round which earned it a unicorn badge.

The fundraise was led by Temasek with participation from Intesa Sanpaolo and Morgan Stanley.

Existing investors following-on in this round include Eurazeo, ING, JPMorgan Chase, Lloyds Banking Group, and SEB.

Funds from this investment round will continue the company’s expansion plans in Asia Pacific, growing in markets such as Vietnam, Thailand, Indonesia and Philippines.

Thought Machine had also recently opened a new office in Sydney to expand its operations in Australia.

Additionally, Thought Machine will also use proceeds from the funding to continue investing in its technology by expanding the capabilities of its core banking platform and innovating in new product lines.

Lloyds Banking Group, an early investor in Thought Machine and a participant in this round, has extended its license agreement with the business until 2029. 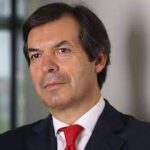 “We are investing £40 million into Thought Machine, a fintech innovator and partner we consider strategic to the industrial upgrade of Intesa Sanpaolo.

Their cloud-based technology is fundamental to our transformation from incumbent to digital challenger, improving our core banking technology and providing the foundation for our new digital bank, Isybank.” 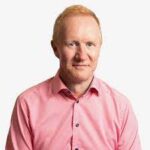 “This new round of funding bringing Temasek, Morgan Stanley, and Intesa Sanpaolo into the business is our statement of intent: we intend to become the leader in core banking technology, and are being deployed by the biggest, most successful banks around the world.

We will use this new capital to accelerate our expansion plans, serve more clients around the world, and continuously refine the capabilities of our core banking platform and other products.”