Community banks and credit unions are struggling to keep up with the pace of innovation due to limited capacity, lack of skills, and limited budget. Given these limitations, smaller lenders must collaborate with fintech companies to meet fast-changing customer demands and rapidly adopt fintech innovation, according to a new white paper by financial software provider Finastra.

Customers, especially younger, digital-savvy ones, are demanding seamless digital experiences, and personalized services delivered at their fingertips. According to a ABA/Morning Consult survey released in November 2019, nearly three quarters of Americans (73%) most often access their bank accounts via online and mobile channels, with mobile being the preferred method for younger generations.

But for regional and community banks, innovating has been harder than it seems as these smaller lenders often lack the resources and capital of larger financial institutions to develop innovation internally. Instead, an increasing number of them are turning to fintechs to accelerate digitalization, serve customers better and reduce their costs.

A 2017 Manatt and Mergermarket study found that 81% of regional and community bank executives said they were collaborating with fintechs, with 86% of respondents stating that working with fintechs was “absolutely essential” or “very important” for their institution’s success.

These banks have even began launching their own fintech programs, with for example, Kansas City-based nbkc bank introducing its Fountain City Fintech accelerator in 2018 to help foster partnerships with fintech companies.

But fintech/incumbent collaboration doesn’t come without its challenges, according to the Finastra white paper.

Fintechs’ market reach is limited, their ability to scale is poor and the effort per potential customer is significant, resulting oftentimes to lengthy, costly sales cycles with limited success, the paper says.

And since most implementations are unique and customer-specific, these projects often consume key resources from the fintech which lacks the scale enabled by a partner network and a services organization of a larger software vendor.

For fintechs, the platform not only provides a solid ‘go to market’ process that reduces friction at each phase of the journey, but also enables easy collaboration with financial institutions. 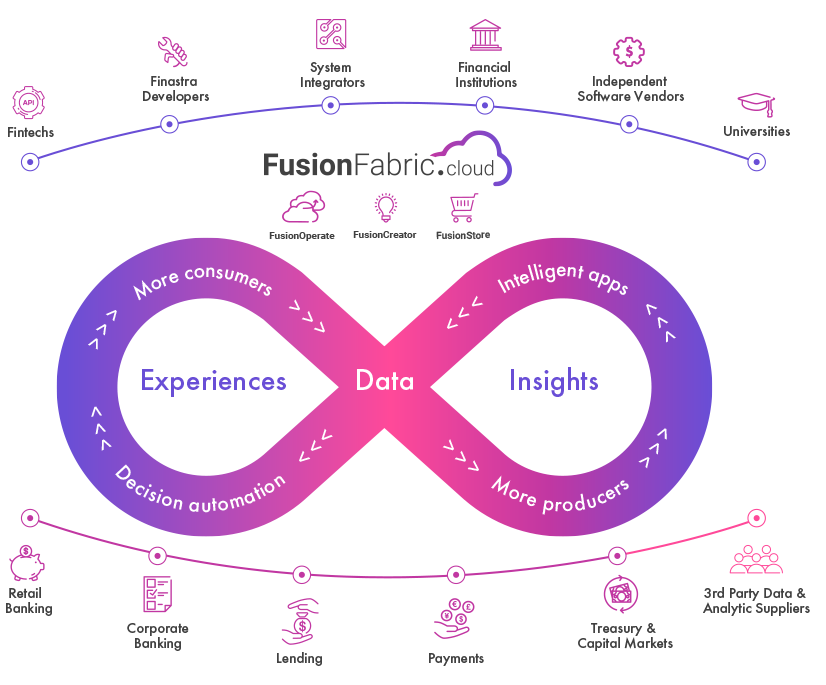 Prior to going live with the platform in mid-2018, Finastra had run an early adopter program since July 2017, which saw over 60 fintech firms and software providers sign up. And since the official launch of FusionFabric.cloud, a number of leading fintechs including NetGuardians and Allied Payment Network, have used it to facilitate their collaboration efforts with financial institutions, developing applications that range from bill payments to artificial intelligence (AI)-based personal savings products.

While the need for incumbent financial institutions to innovate and keep with technological advances have been widely discussed over the past couple of years, the urgency is even more pressing today as the COVID-19 pandemic is accelerating the shift to digital.

A recent report from venture capital (VC) firm Finch Capital suggests that the current crisis could end up benefiting the fintech industry by accelerating the rush to digitization, with demand for AI, Internet-of-Things (IoT), software, and other companies helping financials becoming digital expected to surge.

The report notes that so-called fintech enablers are now in high demand, especially those that use AI to automate customer support, as well as account-opening and loan procedures, in addition to companies in the area of digital know-your-customer (eKYC).