Across the world, banks in Europe are being the most active in adopting open banking, and the majority of them are pursuing a collaborative approach when it comes to developing new, innovative products, a new survey found.

The study, conducted in 2019 by Next Digital Finance (ndgit), a banking and insurance API platform provider, surveyed around 100 decision-makers at global banks and found that banks in Europe are actively embracing open banking. In the region, 67% of banks are planning to invest in open banking in the future, compared with 65% globally.

European banks were also found to be a bit more inclined to collaborate with other industry players, with 80% stating they were either planning to, or already collaborating with a fintech (51%) or another partner such as a digital solution provider or another bank (29%), against 77% for banks globally.

Globally, banks were unanimous on the importance and relevance of open banking for their businesses with an overwhelming 99% believing that open banking will play a critical role in the future of the industry. 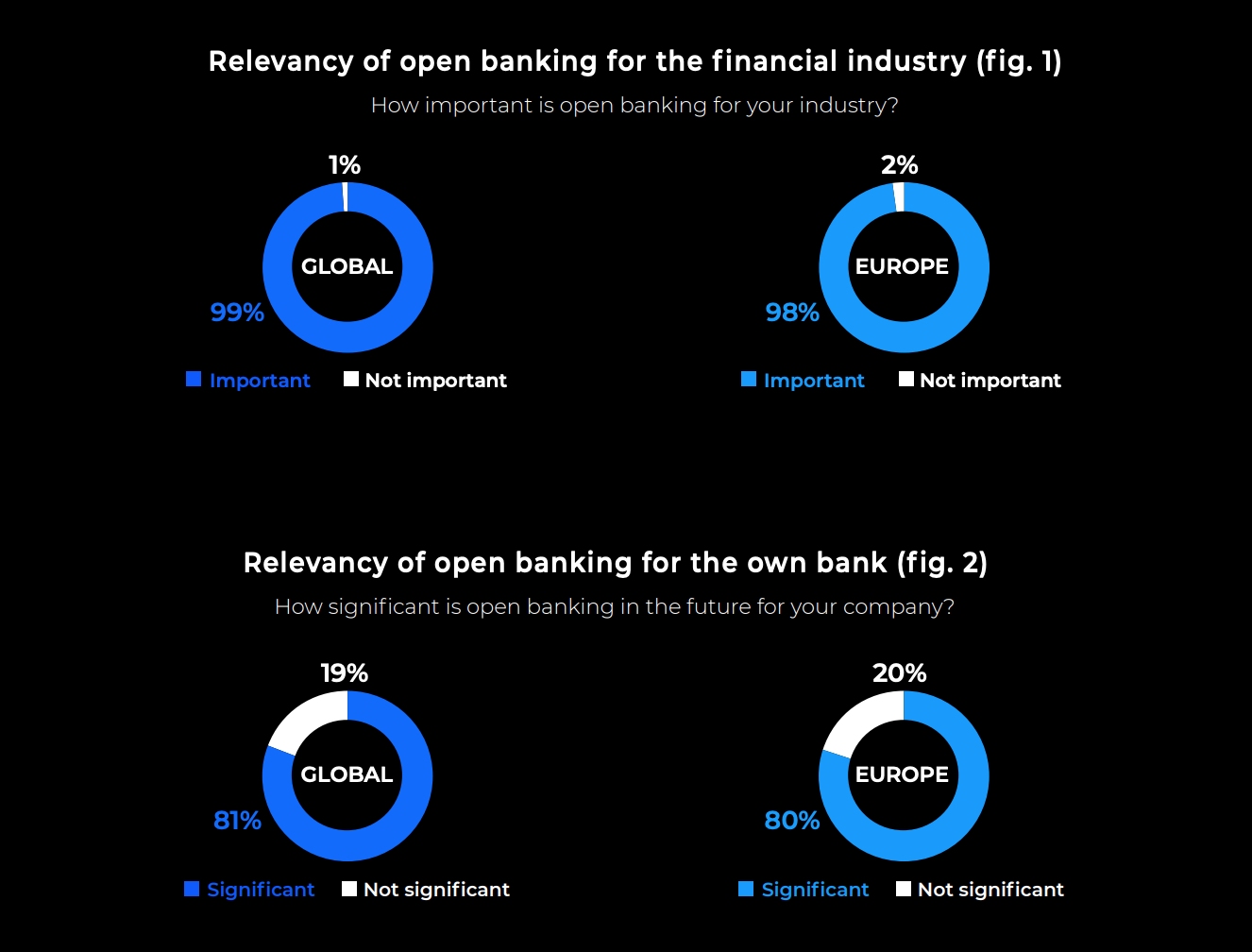 The findings from the ndgit study echo another research paper released last month by open banking platform Tink, which found that this year, financial institutions are accelerating open banking adoption. 62.8% of European banks indicated that they have increased their open banking budget this year, with banks in the UK, Belgium and Portugal emerging as the most committed. 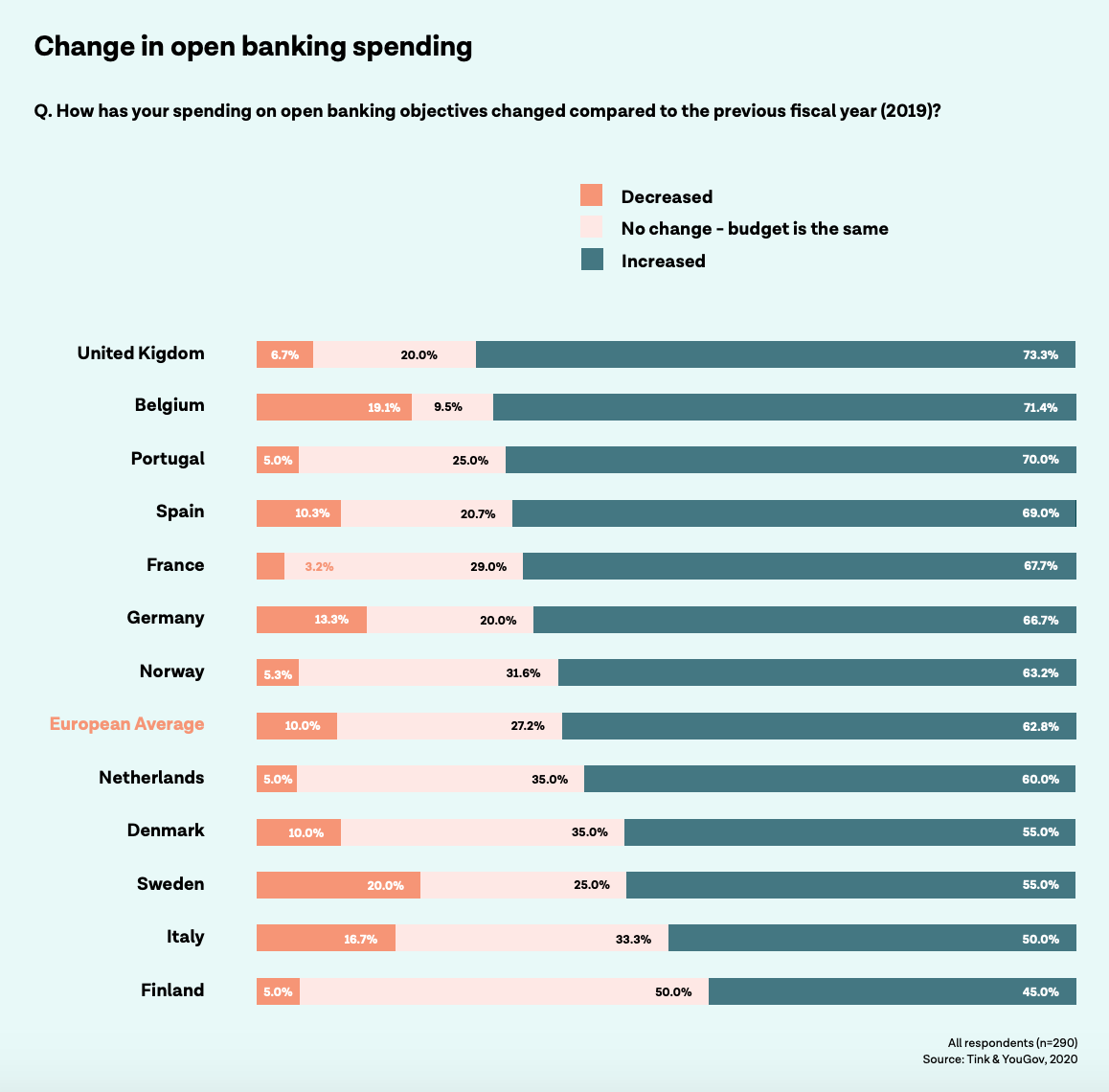 The study, which surveyed 290 senior decision-makers and influencers working at regulated financial institutions across Europe, found that the median spend on open banking lies between EUR 50 million and EUR 100 million, with 44.8% of financial executives indicating that their investment budgets are even bigger.

Banks from Portugal, France and Germany were found to be the biggest spenders on open banking initiatives, with 70% of Portuguese banks, 64.5% of French banks and 56.7% of German banks indicating spending more than EUR 100 million on open banking.

The report notes that these countries have been early adopters of open banking: in Portugal, financial institutions have become accustomed to open banking long before PSD2 was enforced; Germany is the birthplace of many of the open banking innovations pre-PSD2; and France is home to some of the world’s largest banks which have been going through a significant digital transformation. 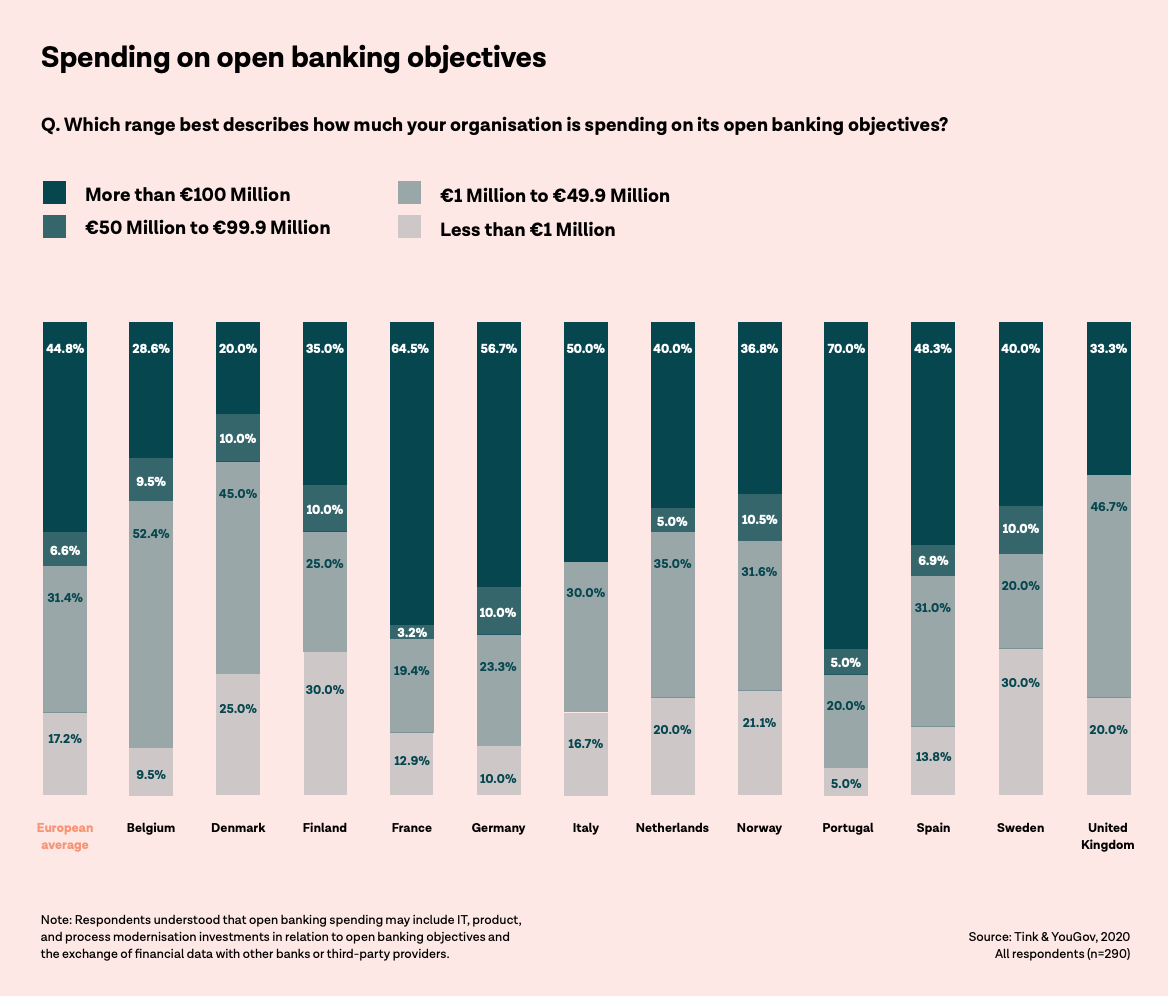 The urgency to adopt open banking reflects customers’ changing behaviors and preferences. The ndgit survey found that 81% of global banks are reporting a willingness amongst their customers to use bank-independent financial service providers.

Rising demand for digital banking and fintech solutions is further being accelerated by the COVID-19 pandemic and the social distancing measures put in place to limit the spread of the virus.

In the UK, open banking usage has doubled since the beginning of the year, with now more than 2 million consumers using open banking-enabled products, up from 1 million in January, according to data from the Open Banking Implementation Entity (OBIE).