In Germany, Austria and Switzerland, also referred to as the DACH region, fintech funding and acquisition activities have accelerated over the past few of years on the back of a maturing fintech market and increasing appetite from strategic players and industry stakeholders, according to a new report by PwC.

Over the last ten and a half years, DACH’s fintech industry has seen US$23.1 billion worth of transactions taking place, including capital increases and merger and acquisition (M&A) deals. More than half of that sum involved rounds and deals concluded over the past 30 months, showcasing that dealmaking activity has grown drastic over just the past two years, the new study shows. 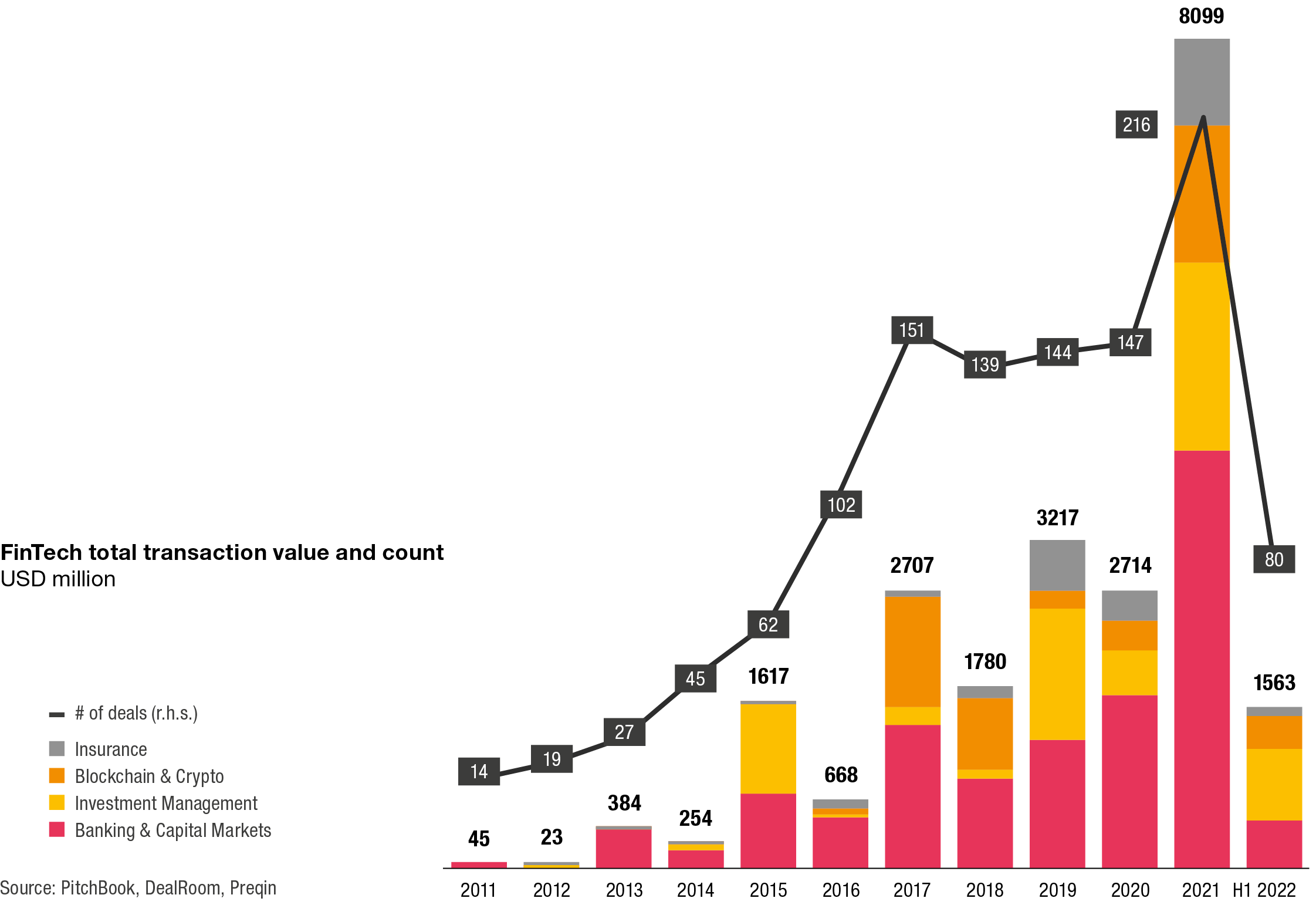 Soaring fintech funding activity has been driven by several trends, the firm says, first, by the maturing of DACH’s fintech sector, a trend that’s evidenced by the general increase in later-stages venture capital (VC) rounds and the fivefold increase of the median deal value. 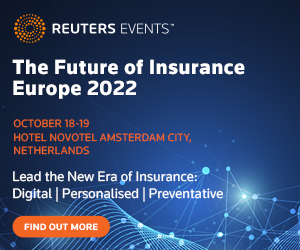 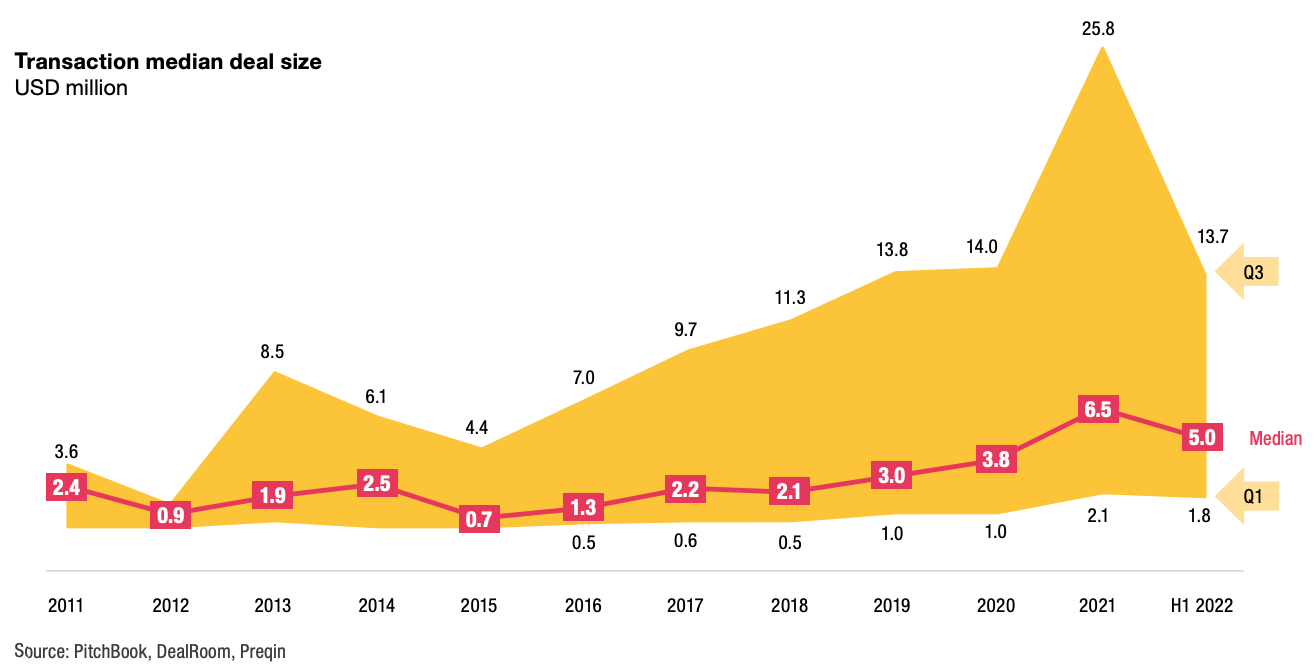 Median deal value increased five times between 2016 and 2021, soaring from just US$1.3 million to US$6.5 million. This rise can be attributed to the emergence of the blockchain and cryptocurrency vertical, and the birth of the region’s first fintech unicorns and their large funding rounds, the report says.

DACH is currently home to eight fintech unicorns and all of them have reached a US$1 billion and plus valuation in the past 30 months after closing mega-rounds of US$100 million and up, data from CB Insights show.

Results of a survey conducted by PwC as part of the report further showcased that trend. Of the 30 bank executives interviewed, 45% of respondents in Switzerland and Liechtenstein said they had already invested in fintech, showcasing the banking sector’s increasing appetite for fintech investments.

Large and medium-sized banks with assets under CHF 10 billion were found to be the most active, with the majority of respondents having already invested in fintech and concluded 2.6 deals on average. Moving forward, 38% of respondents indicated that they intended to invest in fintech over the next two years.

Appetite for fintech investments in the Swiss and Liechtenstein banking landscape, Source: PwC, 2022

When asked about their broader strategy when it comes to fintech, 55% of respondents indicated having a formal and documented fintech strategy, showcasing that the majority of incumbents have a clearly defined approach to fintech.

For most banks, the main reasons they invest in a fintech company is to gain access to new technology (35%) or enter new market and business model (30%). Digital distribution (26%), blockchain and cryptocurrencies (22%) and data analytics (18%) were cited as the top capabilities they sought to develop through fintech investments. 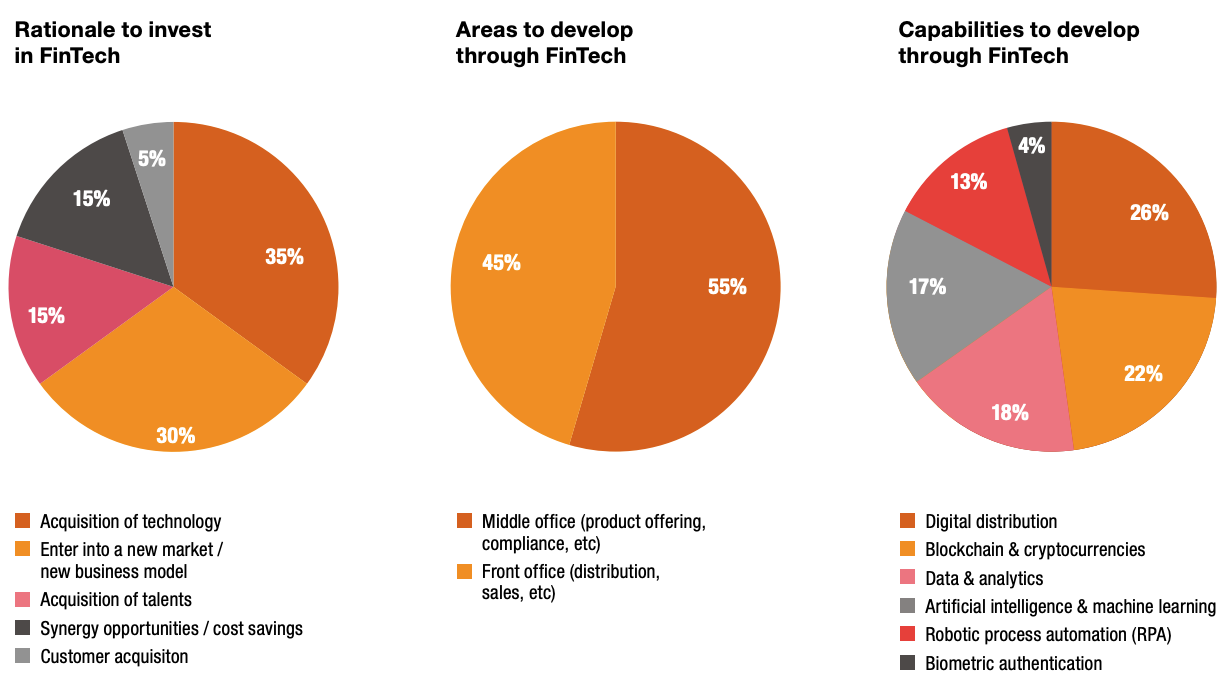 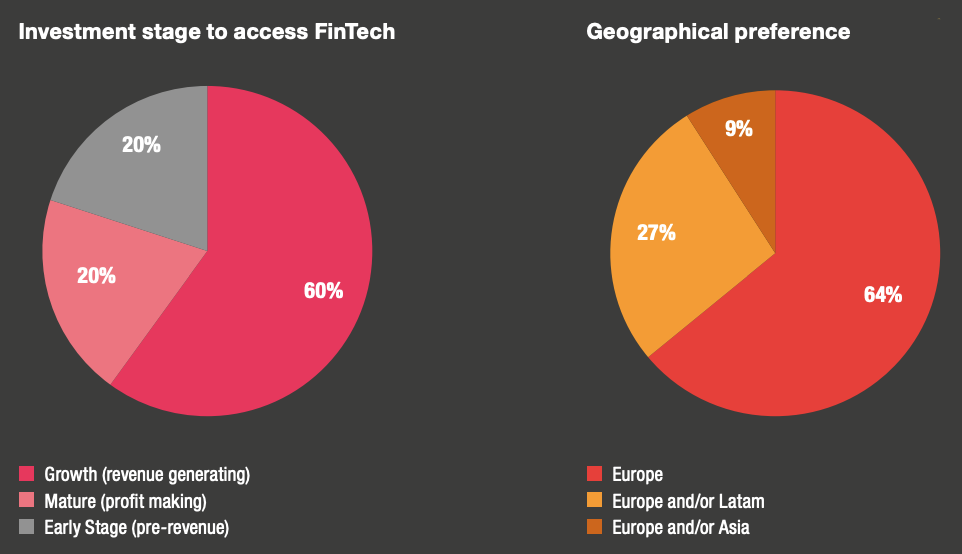 Preference for revenue-generating fintech companies based in Europe, Source: PwC, 2022