Getsafe, a digital insurer targeting millennial buyers in Germany and the UK, announced that it has extended its Series B funding round to US$93 million.

The neo insurer previously announced in December 2020 that it had secured US$30 million during a Series B funding round.

Among the new investors are some of the largest Family Offices from Germany and Switzerland, for example Abacon Capital. Existing investors Earlybird, CommerzVentures and Swiss Re also participated.

Getsafe said that it plans to use the money to fund its own insurance license by the end of 2021 and to accelerate its European expansion.

The firm had applied for a license with Germany’s Federal Financial Supervisory Authority (BaFin) last year. With its own license, Getsafe said that it plans to expand its product offering and innovations even faster. 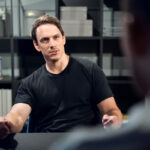 “The insurance brands we know today have been founded in a totally different era. But insurance, more than many other products, can be much better when powered by technology and machine learning.

This is why we believe that insurance companies built from scratch, on their own digital platform, are set to become the dominant insurance players for the generations to come.”