According to SIX, the bond was issued for a total volume of CHF 150 million and with its maturity for 2026 via its holding company SIX Group.

SIX added that this is the first digital issuance in a fully regulated environment.

The bond comprises two exchangeable parts. The digital part of the bond will be listed and traded on SDX Trading Ltd and centrally held by SIX Digital Exchange.

Meanwhile, the traditional part of the bond will be listed and traded on SIX Swiss Exchange and centrally held by SIX SIS.

This approach ensures the link between the digital and traditional worlds.

The digital part of the bond accounts for CHF 100 million of the total issue volume while CHF 50 million was allocated to the traditional part of the bond. The company will use the net proceeds of the bond placed for general financing purposes of SIX.The offering was oversubscribed several times and attracted strong interest from a very broad institutional investor base in Switzerland. 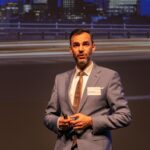 “This is an innovative and historic transaction as it is the first of its kind in the world on a regulated and fully integrated digital exchange.

The transaction was supported by key Swiss market participants and has demonstrated that the investor base is convinced of the innovative power of the Swiss financial market and of the supporting role of SIX in the transformation and development of the financial center.” 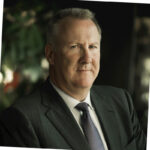 “The first issue of a tokenized bond on the SIX Digital Exchange as well as its listing and placement in the market proves that the forward-looking distributed ledger technology (DLT) also works very well in the highly regulated capital market.

The establishment and launch of SIX Digital Exchange is in line with the mandate of SIX to develop and operate infrastructure services.”