Around the world, independent digital banks are growing and maturing. As awareness and adoption surged on the back of the COVID-19 pandemic, investors continued pouring billions of dollars into the sector, pushing valuations to all-time high levels.

As of late-2021, the top 20 most valuable independent digital banks in the world were worth a combined US$184.7 billion, a new analysis by fintech-focused research firm WhiteSight found. Five decacorns worth US$10 billion and over were identified, collectively valued at US$136 billion, or 73.6% of that total sum. 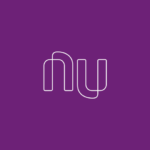 NuBank started out back in 2013 as a credit card provider before turning into a full-fledged digital bank providing digital accounts, loans, insurance and investment services. Last year, the company raised over US$2.5 billion in the fifth largest US initial public offering (IPO) of 2021.

NuBank boasts more than 48 million customers, a figure that could surge to 108 million by 2025 as the company ramps up its offering of financial products, says Goldman Sachs. Additionally, the company is venturing into e-commerce, teaming up with a roster of retailers including AliExpress, Dafiti and Magalu to allow customers to use these services right from its app. 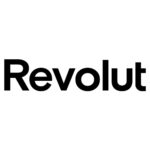 After NuBank and with a valuation of US$33 billion, digital challenger bank Revolut was the second most valuable independent digital bank in the world, as of the end of 2021.

The company started operating as a digital banking platform before securing its own banking license from the Bank of Lithuania in 2018. The license allows it to accept deposits and offer consumer credits but does not permit the company to provide investment services. In 2021, Revolut began launching its first bank accounts and started allowing existing customers in 12 European countries to upgrade to a full bank account.

The startup, which claims 18 million personal users and 500,000 business customers, is now pursuing a UK banking license. It has raised more than US$1.7 in funding so far, data from CB Insights show.

After Revolut and with a valuation of US$25 million, US-based Chime was ranked as the third most valuable independent digital bank in the world. Chime offers various fee-free banking products, including checking accounts with no minimum balance, an automated savings feature, early wage access, overdraft services, as well as credit cards.

The company, which is estimated to be serving about 20 million customers, is currently in talks to go public with a valuation of US$35 billion to US$45 billion, Forbes reported in October 2021.

With a market capitalization of US$21 billion, Russian digital bank Tinkoff was ranked as the fourth most valuable independent digital bank in the world. Tinkoff, which serves more than 18.5 million customers, has been on an acquisition spree, snapping up companies such as online payment firm Cloudpayments, digital wallet Koshelek and business ecosystem Jump Finance.

Tinkoff is working on expanding overseas, focusing primarily on the Southeast Asian market. Over the next two years, the company plans to spend about US$200 million on its international growth by offering Asian customers its credit and debit accounts as well as a financial brokerage modelled on Robinhood and small business lending, people familiar with the plans told the Financial Times in November 2021.

With a US$12 billion market capitalization, personal finance company SoFi Technologies took the fourth position in the ranking.

As of the end of 2021, SoFi Technologies had 2.9 million member, up 96% year-over-year. Founded in 2011, the company started with an alumni-funded lending model before expanding its product range. Last year, it acquired Golden Pacific Bancorp to become a chartered bank, and therefore be able to accept deposits and make loans that use members’ deposits.

After these five decacorn digital banks, the remaining 15 challenger banks that made the list had a valuation ranging anywhere from US$1.3 billion (Atom Bank) to US$9 billion (N26). Notable names include OakNorth Bank, valued US$5 billion, Monzo, valued US$4.5 billion, Uala, valued US$2.5 billion, and Bunq, valued US$1.9 billion.

With six digital banks out of the 20, the US was the most represented nation in the list, followed by the UK with five entities, and Brazil, with two. Other nations represented include Russia, Germany, the Netherlands and Argentina, each with one digital bank.