Europe is often considered a pioneer in the widespread introduction of open banking, but despite groundbreaking regulations like PSD2, significant differences and discrepancies exist between countries of the continent, a new research by German open banking platform Ndgit found.

In a whitepaper titled Open Banking APIs Worldwide, Ndgit offers a country-by-country guide to open banking and provides a country ranking based on five key factors: the spread of open APIs, regulatory requirements, standardization initiatives, and the presence of a central third-party provider (TPP) regulatory body. 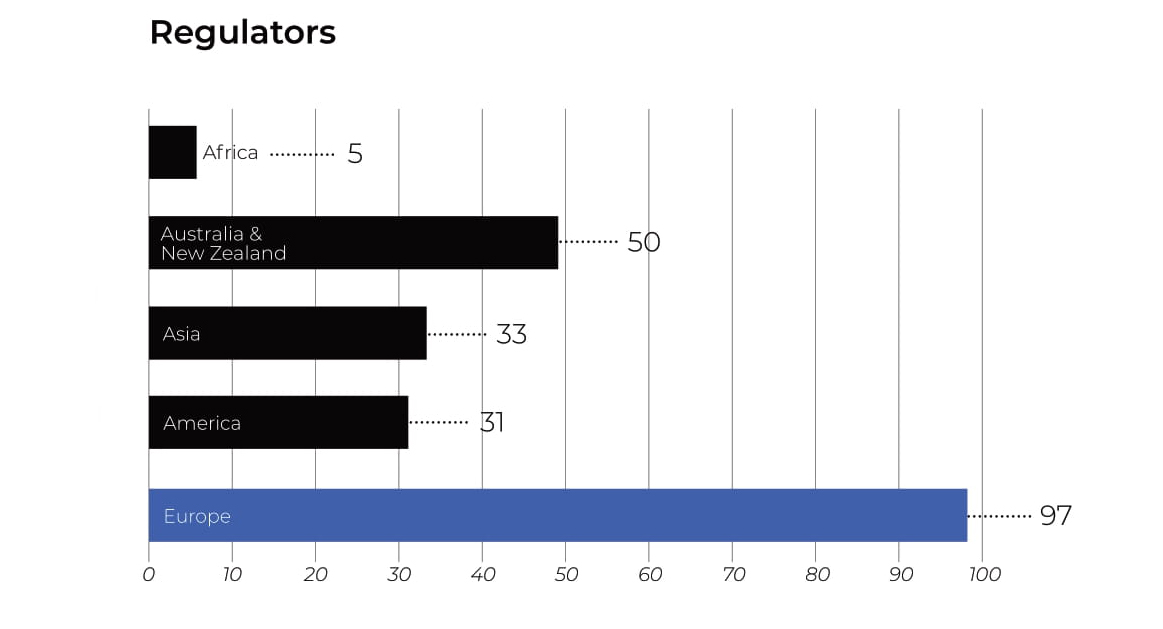 The paper ranks the European Union (EU), the European Economic Area (EEA), and the UK at the top of the list, recognizing the PSD2 legislation, which regulates electronic payment services in the EU and EEA, and the Open Banking regulatory initiative in the UK, which forces the biggest banks in the country to open up their data, as critical drivers to the implementation of open banking.

These formal, compulsory open banking regimes have fast-tracked the adoption of open APIs. In the EU, although PSD2 does not provide a API standard or a framework, the industry has been quick to embrace common standards. Today, the NextGenPSD2 of the Berlin Group is the most widely standard and covers 78% of all European banks. It’s followed by UK Open Banking and STET in France.

In the UK, the Competition and Markets Authority (CMA) mandated in 2018 the country’s nine largest banks to provide standardized open APIs to allow licensed startups direct access to their data down. Since then, 327 regulated providers have joined the UK open banking ecosystem, including 234 TTPs and 93 account providers, of which 114 having live offerings in the market.

As of the beginning of 2021, more than 3 million UK consumers and businesses had used open banking-enabled products to manage their finances, access credit and make payments.

Germany, Spain and the Nordics as top open banking innovators 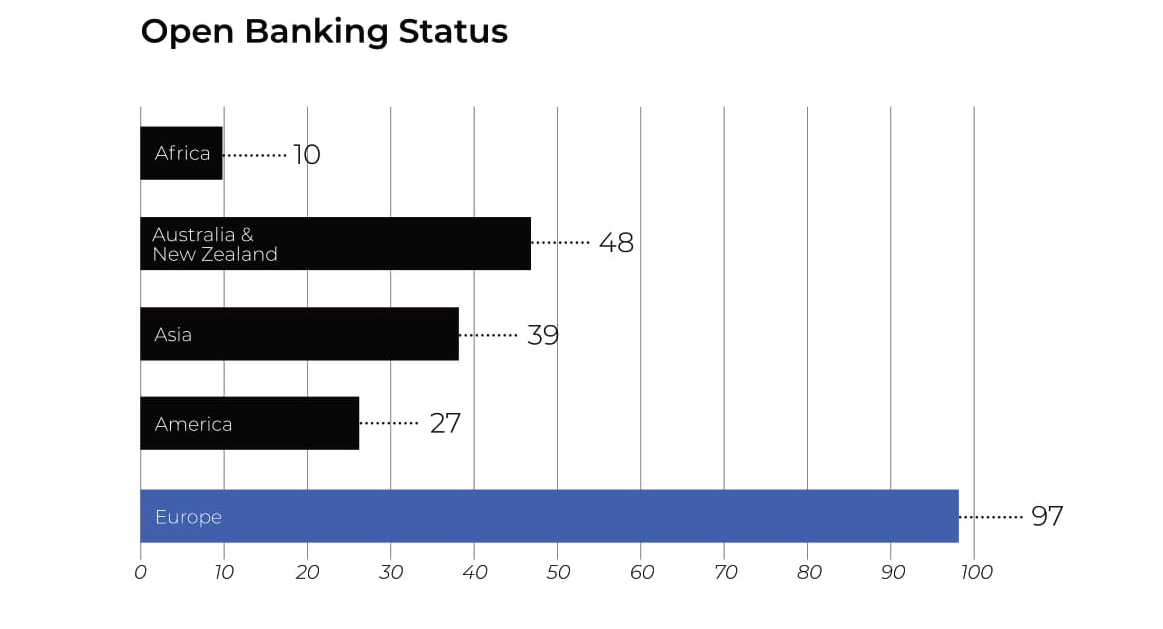 Within the EU and the EEA, several countries are standing out with Germany, Spain and the Nordics emerging as particularly innovative in the field of open banking, according to the Ndgit report.

The Nordic countries of Sweden, Denmark and Norway have amongst the most advanced open banking ecosystems, thanks to highly developed digital infrastructures and a pan-Nordic collaborative approach.

To date, the Nordics are the only countries in Europe where established digital ID authentication and know-your-customer (KYC) services at a pan-Nordic level are part of the open banking strategy. Not only that, but the region is also leading in digital payment services with notably the P27 initiative, which seeks to develop a real-time, cross-border payment infrastructure.

Germany was the first country to provide interfaces and APIs for account access, offering since the late-90s FinTS, a bank-independent protocol for online banking. The NextGenPSD2 of the Berlin Group is based on the experience with the FinTS standard for account access and payment initiation services.

In Spain, although the industry uses the Berlin Group standard, Redsys has launched its own hub, which now serves more than 25 banking groups. The Redsys API gateway takes API functionality beyond the scope of PSD2 to, for example, savings products, loans and real estate finance.

Besides these countries, nations like Portugal, Luxembourg and Italy, have seen the emergence of hubs that centralize the delivery of APIs through a single vendor, making thus integration much easier for fintech companies, the report notes.

In 2018, Consorzio CBI, the think tank for innovation for the payments market promoted by the Italian Banking Association, launched the CBI Globe (Global Open Banking Ecosystem). In Portugal, SIBS introduced in 2019 the first open API platform in the country, giving access to 95% of all domestic bank accounts.

Switzerland: a “riser” in open banking

Switzerland, although legendary for its banking landscape, was ranked as a “riser” in open banking due to the lack of legislation for opening bank data.

Hence, open APIs and API standard initiatives in Switzerland have solely been driven by the market, often lead by market bodies and stakeholders. Examples include industry trade group Swiss Fintech Innovations (SFTI), which has been working with system providers Avaloq, Finnova, Temenos, Finstar and Ndgit on the Common API; the OpenBankingProject.ch, which has been developing an open API for Swiss payments; and the b.Link platform, launched in May 2020 by Swiss stock market operator SIX, which provides financial institutions and service providers with a platform for standardized interfaces.

According to Ndgit, regional bank Hypothekarbank Lenzburg is currently the only market player to offer open banking APIs in Switzerland via a developer portal. The ecosystem enables multidimensional business models using the Ndgit API platform, allowing startups like Neon to launch services directly to their customers. Simultaneously, Hypothekarbank Lenzburg’s banking customers can benefit from a range of products provided by fintech startups part of the ecosystem. Like PSD2, these APIs support account information and payment initiation but also take into account local Swiss characteristics.