SIX has completed the “ATMfutura” migration where banks that have equipped their ATMs with a standardised software, enabling users to carry out financial transactions regardless of the operator of the device.

As an operator of the infrastructure for the Swiss financial center, SIX ensures that all ATMs in Switzerland have the same user interface and user guidance with this standardised software. It is said to simplify its usage considerably, and all users can rely on the full range of functions and the same processes at any ATM.

New functions are now also available for all ATMs and can be activated by the banks. These include withdrawals and deposits using a QR code, for example with a smartphone.

Other functions include free account selection for cash withdrawals, option to choose the denomination of banknotes issued, and an audio function for the visually impaired. This function is already in operation at around half of all ATMs in Switzerland.

Following the software change, SIX now processes all transactions and entries at ATMs from both the bank’s own customers and third-party customers. This alleviates the need for banks to monitor and manage their ATMs.

With a central monitoring solution, the conditions are in place for SIX to take over further ATM operating processes. The corresponding monitoring system from SIX can be used as a software solution by the banks themselves.

However, some banks have already outsourced the entire monitoring of their ATMs to the SIX’s team of experts. SIX is currently working with various banks on additional solutions; security management, cash management and services such as the installation and maintenance of ATMs. 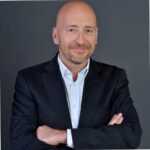 “Before SIX started the project, more than 25 different software solutions were in use in Swiss ATMs. Thanks to the uniform software, end customers can now benefit from many innovations across all banks. They can now also use their smartphones to withdraw cash from ATMs at several big banks and cantonal banks. The function is being activated on more and more ATMs on an ongoing basis.”